–-This sweepstakes has ended. Watch out for our 2022 Sweepstakes–

Win a Once in a Lifetime Experience to fly in a WWII P-51 Fighter!

Enter today for your chance to fly in a WWII P-51 Fighter!

This is your chance to fly in the same type of aircraft as some of our First Flight Society Honorees such as the “Red Tail” Tuskegee airmen, including General Benjamin Davis, USAF and Brig. Gen. Charles McGee, USAF, as well as such other famous flyer Honorees as Col. Jacqueline Cochran, USAF (Former WASP), Maj. Gen. Robert White, USAF, and Brig. Gen. Charles Yeager, USAF! The Stallion 51 Corporation offers a rare and exhilarating hands-on P-51 flight experience. The winner can schedule the experience up to 12 months after winning and the prize award includes $600 towards your expenses to travel to the Orlando, Florida area for the experience. Also included as part of the ride package will be a Stallion 51 Jacket, T-Shirt and Cap!

The entire program takes approximately 2½ to 3 hours. The instructor will begin with a thorough preflight briefing where he will customize your flight profile, based on your experience, expertise and expectations.

Once in flight, you will be invited to do the majority of the flying yourself – from basic maneuvering to high performance aerobatics – you can be in control. Following the flight, a debrief occurs where you can log your flight time if you’re a pilot and review video of your flight from Stallion 51’s state-of-the-art, on-board camera system.

This color video includes three different camera views, inner-cockpit communication and residual engine sounds. The video is yours to keep, along with a flight profile certificate and an autographed photo of the Mustang you piloted. 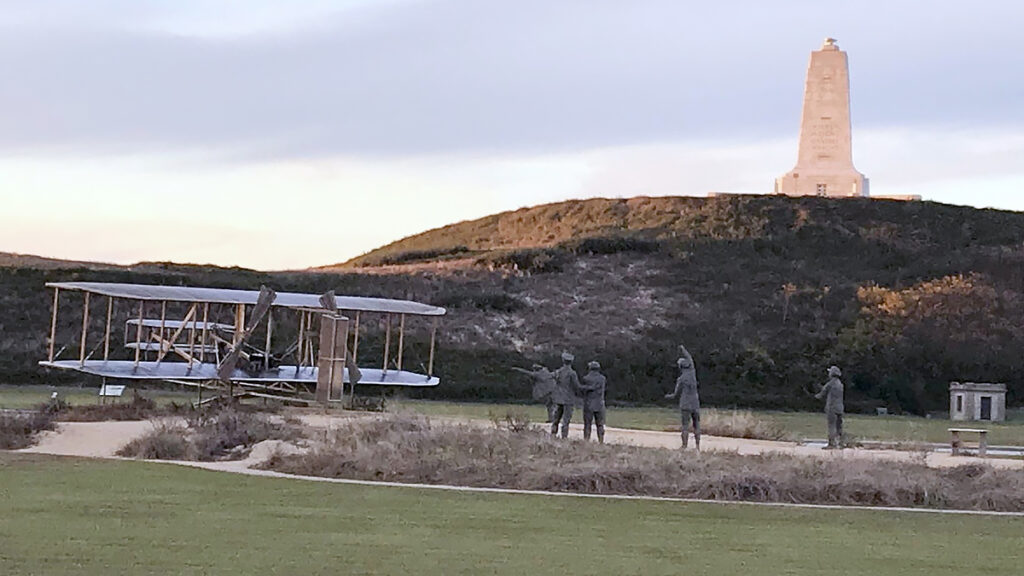 The First Flight Society celebrates aviation history and achievemnets through programs, activities, education and the arts.

Every December 17th the FFS conducts a celebration at the Wright Brothers National Memorial. During the formal program a carefully chosen honoree is inducted into the Paul E. Garber Shrine displayed in the park’s museum. Since 1966 those the shrine has served to recognize include Charles Lindbergh, the Tuskegee Airmen, John Glenn, Katherine Johnson (Hidden Figures), and Col. Gail “the Candy Bomber” Halvorsen. This year the Honoree will be the Astronaut Sally Ride.